Nothing Phone (1): 6 hidden features of the Glyph interface

A big selling point of Nothing Phone (1) is its Glyph interface. This microLED system used as a visual notification offers some more or less hidden functionality that I’ll show you here and in the video.

Of course, as you’ve read about it in countless tests and other videos about Nothing Phone (1), this year’s most (over?) hyped smartphone has glowing symbols that light up when you get a message. Kind of like a bunch of keys we’re waving in front of a baby’s eyes to distract him, Lupiot Jr. should lure an audience hungry for gimmicks and cool.

And I saw some furry people, not without bitterness, mocking this Glyph interface (sniffing) they or they thought was as useless as the then-dead Google Soli project. But we are not here to discuss this. The Glyph interface is nothing more than a blinking bell.

Sync glyphs with your music

You can sync glyphs so they light up to the rhythm of music coming from the Nothing Phone (1) speakers. For those in the know, it’s a bit like an old-school Windows Media Player visualization. This feature also works with music streaming via Spotify or other apps, as well as songs uploaded locally to your smartphone. 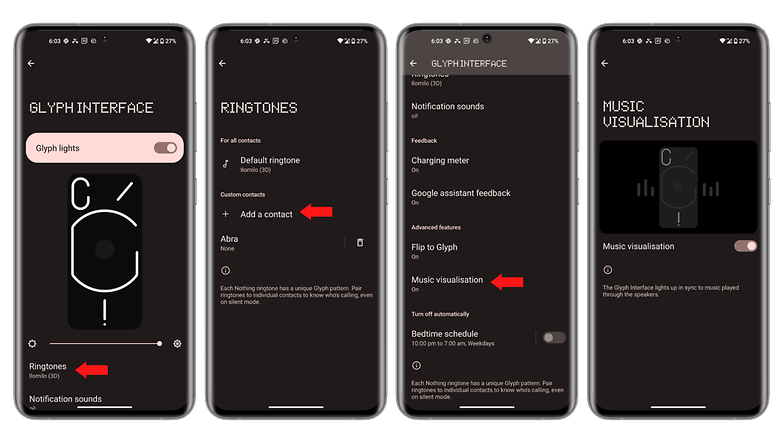 Glyphs light up to the beat of the music you’re listening to, this also works for ringtones / © kwgeek

You can delete Abra contacts, after which this option will remain active. No need to explain to your spouse or spouse (I’m not judging anyone) who this famous Abra is.

Use Glyph as a flash for photos and videos

Nothing Phone (1) apparently has a classic LED flash for those who would rather spoil low-light shots than use a dedicated night mode. But you can also use Glyphs to light up the scene. The LEDs then light up like those ring selfies, the glowing rings that influencers use to light up their exciting vlogs.

You can quickly switch between normal and glyph flash / © kwgeek

Turn on the red light when shooting video

Like the classic camera, the Nothing Phone (1) has a small red light on the back to show that the smartphone is actually shooting. This diode can be very useful if you are shooting yourself with the rear photo module and can’t check that your smartphone is recording correctly because you can’t see the screen. 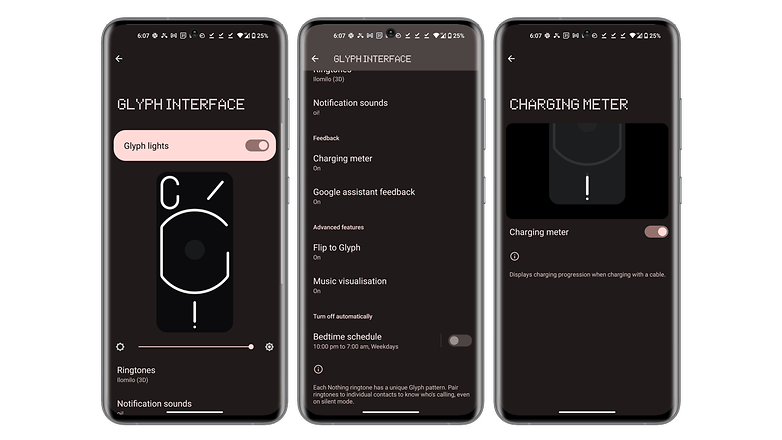 Nothing Phone (1) offers a feature called Flip to Glyph or Retourner au Glyph, as this wonderful French translation requires it. It allows you to turn your smartphone face down and broadcast a light signal when you receive a notification. Kind of like always show, but only with glyphs. 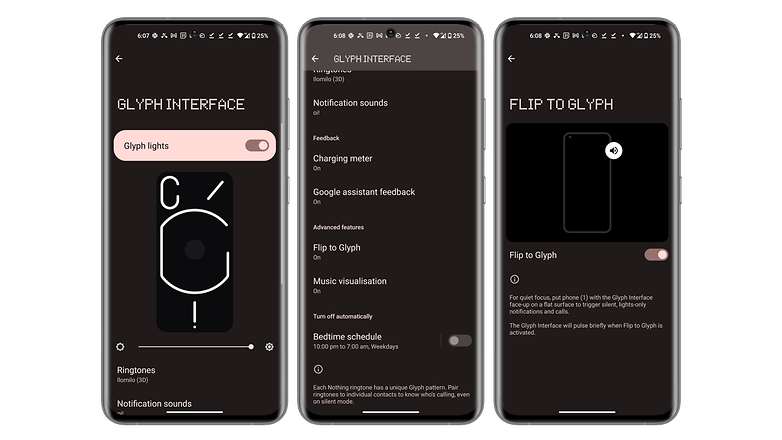 Use the Flip to Glyph feature without checking the screen / © kwgeek

Create your own ringtones and notifications

By default, several different ringtones and notifications are not provided. But you can also create your own from the audio file you just uploaded. The glyphs will then automatically sync with the rhythm of the ringtone. You can also associate specific glyphs with contacts of your choice. 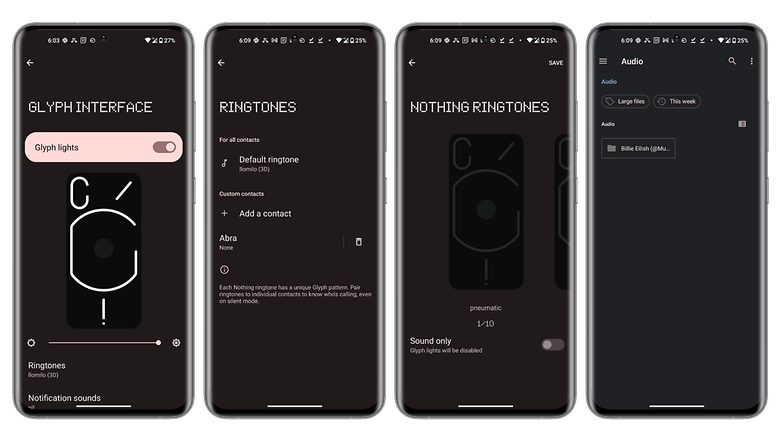 You can create custom ringtones with your own songs / © kwgeek

If you just want the ringtone, you can choose to turn off the signal light.

This concludes the overview of the Glyph interface functionality on Nothing Phone (1). I’m not brainwashing you into believing that this feature is absolutely necessary.

But I find it brings a certain gamification to the user experience, like an Easter egg that should be unlocked. It’s never disturbing anyway, it’s just a reward we can decide to use or not.

And you, what do you think of this Glyph interface?

What is a six letter word for happy?

Alexa misspelled your name?Here’s how to teach him the correct pronunciation

How to use the emergency call feature on iPhone