This price drop tracker will be updated regularly on a monthly basis and will take into account major price cuts for the Samsung Galaxy S22, Galaxy S22+ and Galaxy S22 Ultra. Our goal is to track the price history of these models throughout the year to keep you informed of any price drops.

We checked out the price cuts on the Galaxy S22, Galaxy S22+, and Galaxy S22 Ultra with several online price comparators. Note that this is not the evolution of the recommended or “official” price, but the evolution of the PMC (observed average price). This price corresponds to the average of the lowest prices across all e-commerce platforms, including third-party sellers in the Marketplace!

The Galaxy S22 is priced at 859 euros, which was reduced to 729 euros shortly after launch as part of the introductory offer. The price then changed a lot, reaching its lowest level of 556 euros in May last year. The price of the Galaxy S22 then fluctuated again, stabilizing at €689 since the end of June.

This price is higher than during the last significant price cut in mid-June, which means the price of the smartphone has risen as a result. Therefore, you should wait for the promotion or the price to drop again before buying.

The Galaxy S22+ was launched at a price of 1059 euros, and a few days later the price was also reduced to 929 euros. Its price has also changed a lot, but the trend is even more downward. It experienced a minimum price drop to 866 euros at the beginning of June, which is also its current price.

As a result, its price seems to have stabilized, and it currently costs less than 879 euros at the end of May when the last significant price drop. So you can buy it now if you want. The price of 866 euros is only offered by unreliable marketplace sellers, the most interesting legitimate offer is that of Fnac for 1049 euros for the sale of the smartphone.

Regarding the price of the Galaxy S22 Ultra at 1259 euros, which rose to 1129 euros shortly after, the price is generally quite stable. It saw the biggest price drop at the end of June, falling to 953 euros. Samsung’s flagship is currently worth 969 euros.

Its price also appears to have been stagnant since the end of May, and the Galaxy S22 Ultra is cheaper than the last recorded drop of €970 in mid-June. So you can buy it now if you want. The price of 969 euros is only offered by unreliable market sellers, the most interesting legitimate offer is again Fnac for the smartphone for 1199 euros. 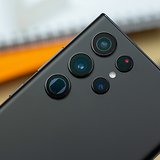 PMC refers to the observed average price. This is a lower average and includes “official” prices in manufacturer stores and e-retailers like Amazon, Fnac, etc. There are also market prices charged by third-party sellers (not Amazon or Fnac, just independent companies hosted on the aforementioned e-merchant platforms).

As PMC observes on the day of this article’s publication, and then each time an update falls below the “official” price or manufacturer recommendation, we’ll recommend that you buy a smartphone via an affiliate link. We also recommend buying a smartphone if the observed PMC is lower than the last observed price cut, or even the lowest observed price. Note that this data was manually pulled from the price history of several online price comparison sites.

So much for this price drop tracker. Are you planning to buy one of the Samsung Galaxy S22s? Is the tech sheet/price ratio interesting to you? Tell me everything in the comments.

Alexa misspelled your name?Here’s how to teach him the correct pronunciation

How to use the emergency call feature on iPhone